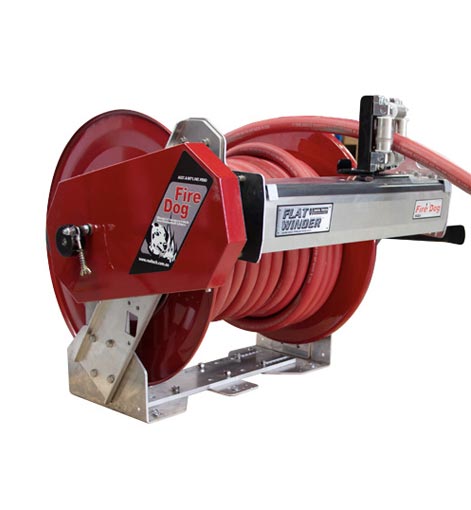 Since 1990, Reel Tech has been a leader in hose reel development, working closely with fire departments OHAS-ergonomists and end users alike: to develop new technology that meets the critical needs of the reel user and vehicle builders alike.

Many fire departments focus on all areas of OHAS aspects of fire fighting and how every improvement can reduce accidents, turn out times and hose deployments, without time or safety-related delays. Reel Tech has worked closely with both metropolitan and rural fire departments to address many end-user requests and reel life scenarios, to develop new fire reel technology advances; designed and tested for a wide range of fire fighting applications and installations, hose types and lengths environments and vehicle sizes.

As a result of over 20 years of constant development and testing with firefighters, who rely on hose reels every day as part of their essential service, the current range of Fire Dog™ hose reels from Reel Tech; now include patented world best practice firefighting reel technology such as Safe-R-Reel™ direct drive gearbox technology, meaning safer rewind speeds for firefighters, more control for powered reels and no more chain-sprocket safety and repair concerns for service teams.

Revolutionising firefighter safety is the patented Reeltech EZI-Deploy™ reel auto declutching system. Allowing firefighters to automatically declutch long lengths of hose from the reel, minimum effort is required to deploy hose easily off the reel and reducing the possibility of RSI or repetitive strain injury found on conventional reels without EZI-Deploy™ clutch system.

Added to this is the follow me hose guide, that when used in conjunction with the Reel Tech EZI-Deploy™ system, firefighters can do what they do best, safely and efficiently unwind hose without hesitation or fear of injury, saving vital time in an emergency when it’s needed most! 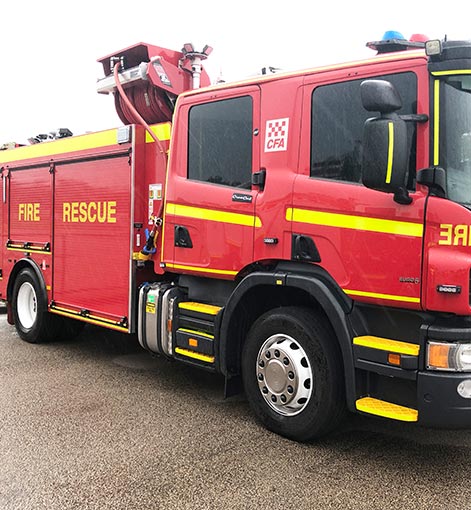 Redeployment and faster-easier hose rewinding has been problematic for firefighters for many years, added to this is the possibility of strain injury from holding and maintaining resistance on large hoses while they are rewound onto reels, to help stop overlapping, uneven winding or hose binding. To overcome this, the Fire Dog™ can be ordered as standard with the latest FlatWinder™ automatic self layering hose guide system; a world first in automatic hose layering, which simply means no operator intervention required, for perfectly wrapped and stored hose quickly and efficiently.

Advanced materials, weight distributions and sizes to meet all vehicle or custom applications, not to mention technical advances such as the latest in heavy-duty reel disc-brake technology, automatically controlled pneumatic reel disc lock actuation and payout drag system, make the Fire Dog™ the safest and most advanced firefighting system to have in your emergency service team today. ask us how we can help you! 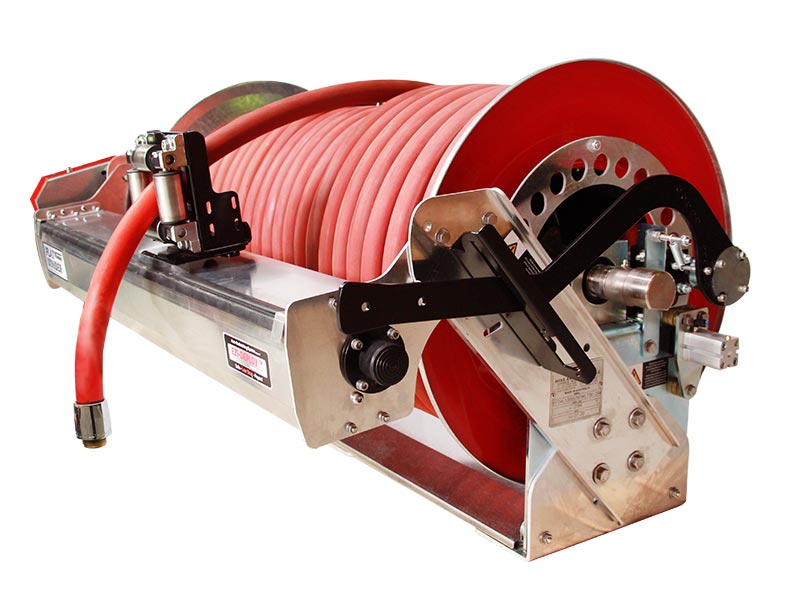 Sizes to suit all project builds 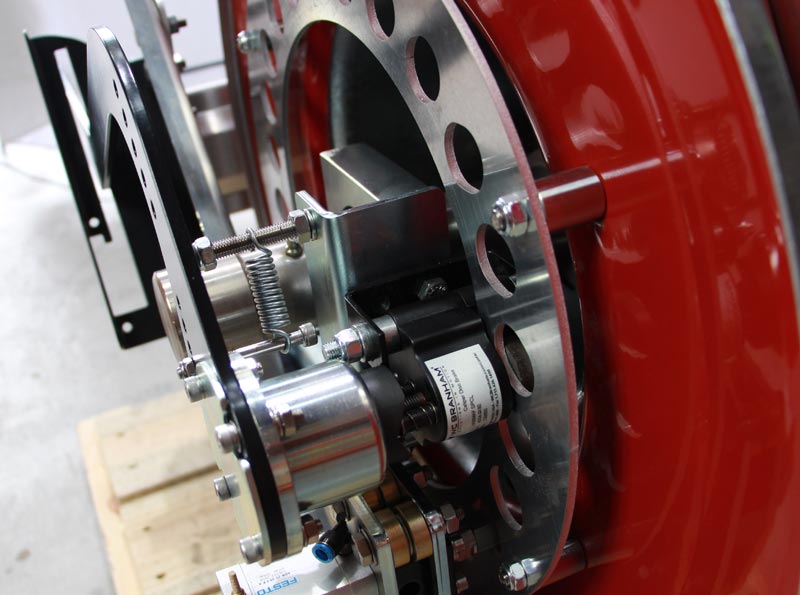 A stainless steel disc brake rotor coupled with a heavy-duty calliper system used to slow the hose action as well as locking the hose when required. Manual and pneumatic actuation available. 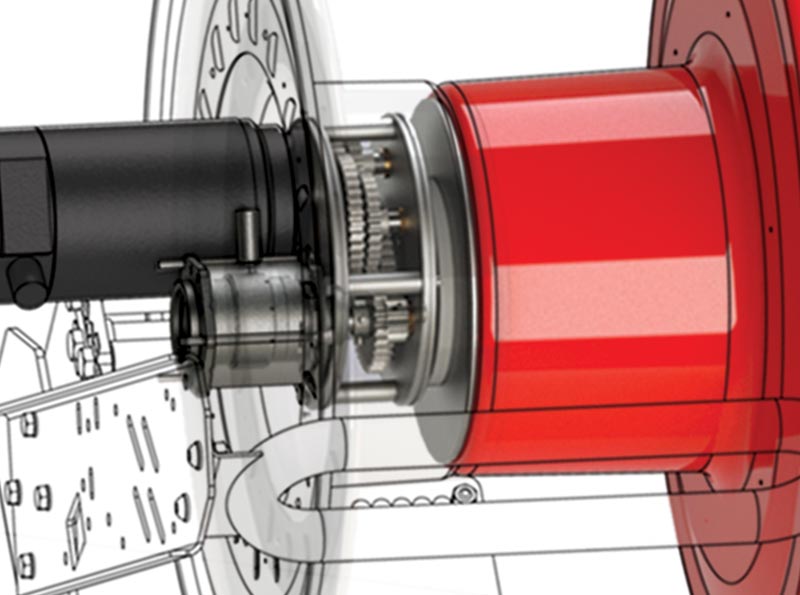 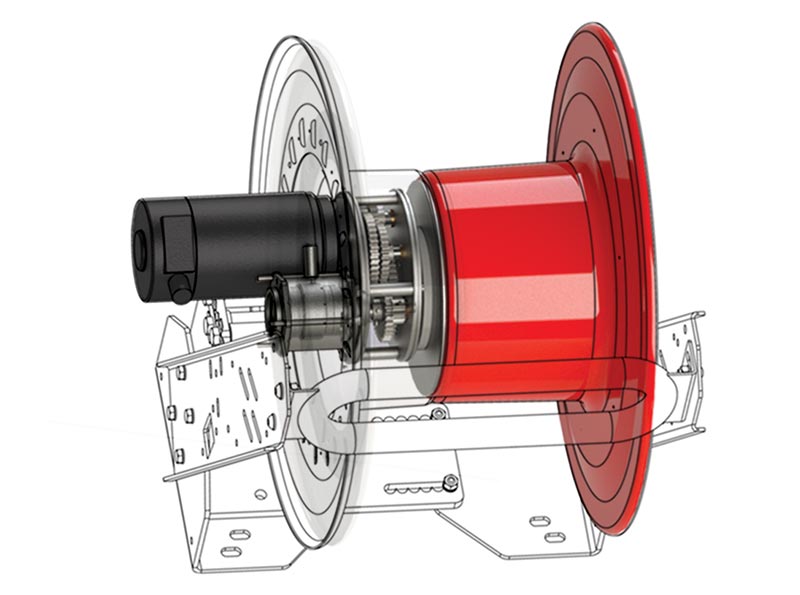 Auto declutching systems can be offered on all Fire Dog™ reels to reduce the effort required for a payout, even on the largest and longest hose lengths. 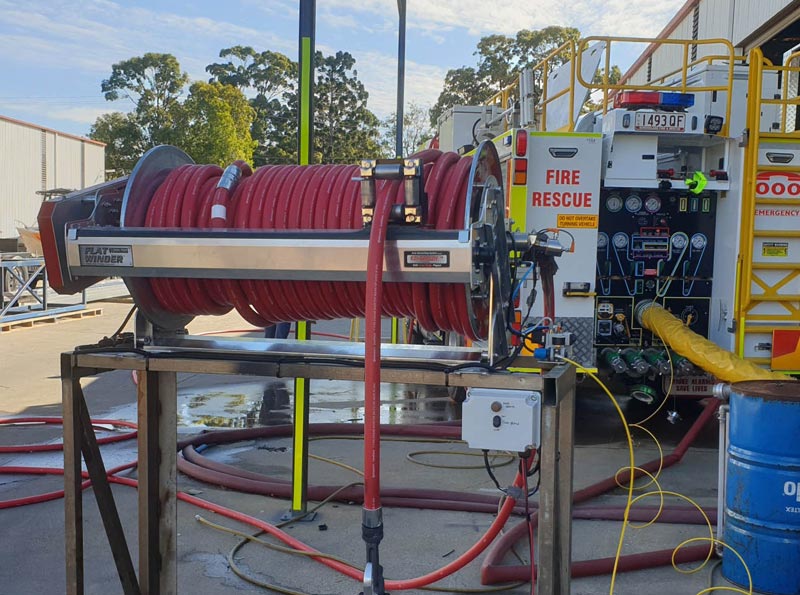 The Fire Dog™ hose reels are available in a wide range of hose capacities. The newly expanded range is now available to suit the most common hose sizes are available upon request.

bolt-on accessories can be fitted into any customised reel 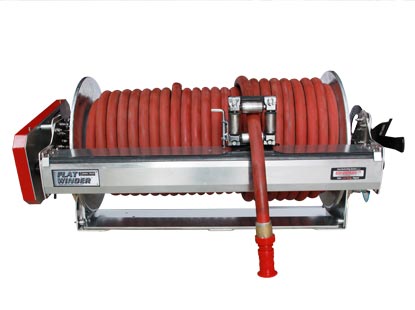 Efficient, jam-free layering of the hose during storage. An automatic layering system allows for a single operator. 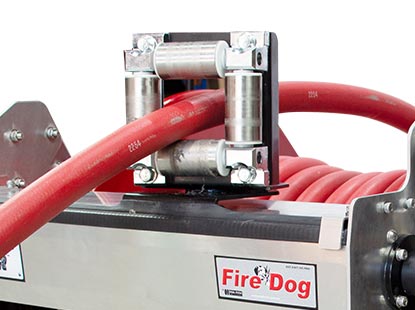 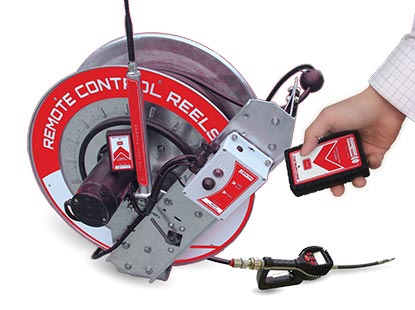